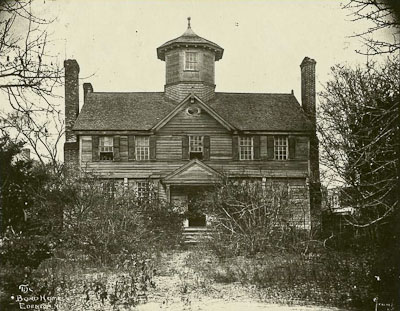 Cupola House before citizens saved it from destruction.

After years of watching this architectural jewel fall into disrepair news spread that the owners of the Cupola House had sold all of the fine interior woodwork to the Brooklyn Museum. Realizing the potential loss of the house had become a reality; citizens of Edenton went into action.

Solicitation of funds began and, on March 11, the upper section of the house was purchased by a group of wealthy Edenton citizens, with the intent of saving as much as possible of the remaining structure.

On April 25, 1918, the association acquired the Cupola House and property.

Last of the property immediately surrounding the Cupola house was acquired. From this period to present the Cupola House has served the community in many ways. For 45 years it served as home to Edenton’s first public library, as a Tea Room and Museum. The interior woodwork was replaced based on exacting copies of the original, which was in the Brooklyn Museum. The Cupola House was saved and became a single entity of great importance to the city and the nation’s colonial history.

The Cupola House is designated a Registered National Historic Landmark.

Period furnishings have been purchased and some original pieces have been reacquired. Renovations continue on a yearly, if not daily, basis to maintain the structure and grounds. 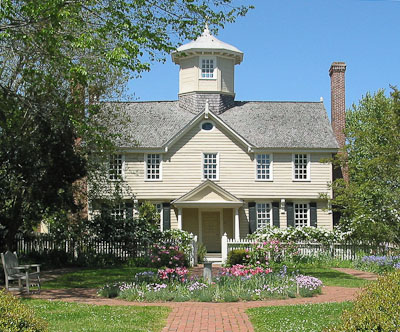 The Cupola House today, thanks to the vision and dedication of the Association founders.

The Association depends greatly on membership for funding these ongoing expenditures.

We encourage you to consider membership in the Cupola House Association. Please go to the Membership Page to see how you can join in to help this worthy project.

Directors and Trustees of the Cupola House Association 2020-21