A Brief History of the Gardens 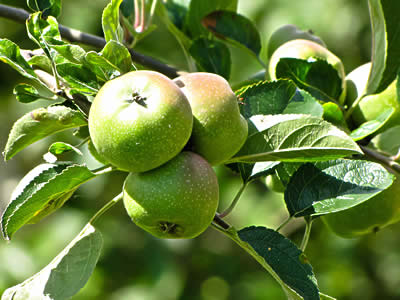 The colonial revival gardens that surround the Cupola House enhance the house and provide a place of quiet beauty in Edenton’s business district.

When Francis Corbin, land agent for the last of the Lords Proprietors, built his house in 1758, it is likely that the “pleasure garden” in front would have been filled not only with flowers but also with useful herbs, vegetables and possibly fruit trees. This would have been true for most of the 141 years of the Dickinson-Bond family’s occupation. Behind the house there was a large brick building, probably kitchen and servants’ quarters, and three other outbuildings. Later, a doctor’s office and store were added.

In the 1880’s the south seventy feet of the property were sold and later still all but a ten foot wide area north of the house. When the paneling in the house was sold to the Brooklyn Museum in 1918, local citizens realized that the house itself was threatened, bought it, and formed the forerunner of the Cupola House Association. They established a public library downstairs and a museum upstairs.

When the county library was built, the Association restored the downstairs paneling and began to acquire appropriate furnishings. The commercial properties south and north of the house were bought in 1965 and 1967, and thoughts turned to gardens. Archaeology then undertaken did not shed light on former gardens.

Donald Parker, a landscape architect with Colonial Williamsburg, designed these gardens based roughly on the second of C. J. Sauthier’s 1769 maps of Edenton. The fencing, the arbor, and the walks were completed in 1975. During the next few years so many plants died that some flower beds were replaced with lawn. Many different plants were tried.

In 1990 the garden volunteers redesigned the north garden, taking the shape of their new herb beds from the lower panels of the house doors, which was also a known 16th century garden pattern. Efforts are being made throughout the garden to grow plants that could reasonably have been grown here before 1800.

Part of the effort to explore and assure appropriate age for our garden plantings is the plant database. Originally created in 2006 by Mary Kay Coyle and Frances Inglis (both Master Gardeners and Cupola House volunteer weeders) as part of a publication about the gardens, the database is perpetually maintained to reflect the most current information about the plants and their origins. Our sources of historical information are many and include books (both old and new), reliable articles/journals from the internet such as Twin Leaf Journal from Thomas Jefferson’s Monticello, and old plant and nursery lists from the Southern Garden History Society (www.southerngardenhistory.org).

For plants like the tulip early varieties dating to the 18th century which no longer exist, we rely on old paintings of flower arrangements to select types that most closely represent what we see in those paintings. Thus, tulip dates, when they can be determined, are later than the 18th century.

The Red Spider Lily (Lycoris radiata) is planted in the garden even though it dates to the 1870’s when Rear Admiral James Gilchrist Green brought them to Edenton from Japan. These bulbs were a popular passalong plant (an important part of southern gardening heritage) among the ladies of Edenton, and thus we consider it an Edenton heirloom that no self-respecting southern garden should be without.

Native plants play an important part in the garden. A little over 30% of the plants are native by our database definition, i.e. native to this country east of the Mississippi River. Natives were not just grown for their beauty, but also for their medicinal or culinary value in colonial times. Examples of this are the Southern Crabapple (edible fruit) and Wax Myrtle (berries used for making candles). Native plants can also be considered “easy” to grow because of their natural adaptation to the local environment.

For purposes of posting the database to our website we have uploaded the information as plant lists searchable by Common Name (as currently accepted by the Integrated Taxonomic Information System) and by Genus/Species. Viewers can use their browser search capabilities to assist in locating plants.

We hope that the plant portraits taken by Mary Kay Coyle that accompany many of the plants will give you a sense of proportion of how mature plants look in the garden, and that you will enjoy the close-ups of the flowers, berries, and seeds.

Below are definitions of the plant list categories and an explanation of several abbreviations and icons employed to enable you to use and understand the information. Some information may be blank. This is because we have not yet found reliable information or, as in the case of the native plants, a 1st Date is unnecessary. Because the list changes when new information becomes available or when plants are added, we will upload a current version annually to the website. It is our hope that you find this information useful, educational and pleasurable.

COMMON NAME(S).  Currently accepted common name of the plant according to the Integrated Taxonomic Information System

BLOOM MONTH.  The month(s) during which the plant may bloom in the Cupola House Gardens (months are expressed numerically)

1st DATE.  The first date known in this country that indicates the plant could have reasonably been grown in Edenton, North Carolina

NATIVE.  A plant native to this country east of the Mississippi River

COMMENTS.  Any additional helpful information about the plant and/or its origin, description or first recording

When appropriate, the following icons are used with a plant.

P
DONALD PARKER.  Plants chosen by Dr. Donald Parker of Colonial Williamsburg for inclusion in the Cupola House garden when he designed the garden in 1976.

X
NOT CURRENTLY IN GARDEN.  This denotes a plant which is not currently in the garden but may have been there in the past or which is qualified to be placed in the garden in the future.

We have found the following websites extremely valuable in our horticultural pursuits.